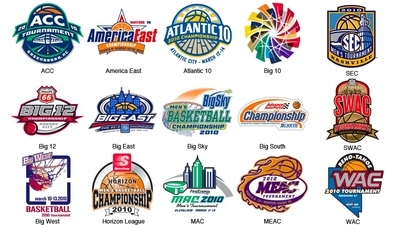 As a part of our revamped conference displays, we added an average star calculation by conference.  You can checkout the full list of conferences here.

What stuck me after running the numbers, was that the drop-off after the top seven conferences, to the mid-majors was substantial and noticable.  The major conferences had average star ratings ranging from 3.29 to 3.01.  The first mid-major conference, the A10, has an average star rating of 2.49.  That's a more dramatic drop-off in talent than I had expected to see, particularly given the level of parity in today's game.  It does however track the conference ratings work by Ken Pomoroy (subscription required).  There is a similar drop in analysis of conference performance, though not as a dramatic, from the Majors to the Mid-majors at kenpom.

Why is the gap more dramatic in our numbers than the numbers over at kenpom?  Obviously we're measuring different things, kenpom looks at the performance of the team, and while one would expect and indeed does see a strong correlation between the numbers, how a team plays and how talented a team's players are not always one in the same.  Coaching obviously could be an important factor here, getting more out of the players you have.  Another factor could be that the recruting services are being influenced by which teams are recruiting each player.

Another interesting element here is that while the ACC is 1st in these calculations, and the Big Ten 3rd.  The Big Ten was 1st over at kenpom, and the ACC  3rd.  Interesting analysis on multi-year trends in recruiting performance vs on court performance could yield more insight.

Paul Pettengill is the Founder and CEO of Verbal Commits.  Prior to lauching Verbal Commits, Paul worked in technology consulting and enterprise software.  When he isn't working, Paul loves spending time with his very beautiful and very patient wife, and his adorable but not quite as patient son - make that sons plural.